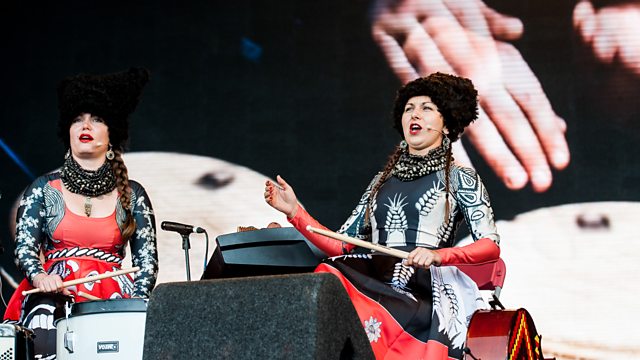 Ukrainian ethnic quartet DakhaBrakha has performed at one of the most famous world music festivals Glastonbury in England, according to Ukraine Today.

This is the band's first appearance at the legendary music event, although it has already performed in dozens of countries around the world, Ukraine Today. reported. DakhaBrakha members describe their sound as 'ethno-chaos', seeking to combine traditional ethnic music with rhythms of the surrounding world. The band includes drummer and vocalist Olena Tsybulska; keyboardist, percussionist and vocalist Iryna Kovalenko; cellist and vocalist Nina Garenetska; and multi-instrumentalist and vocalist Marko Halanevych.