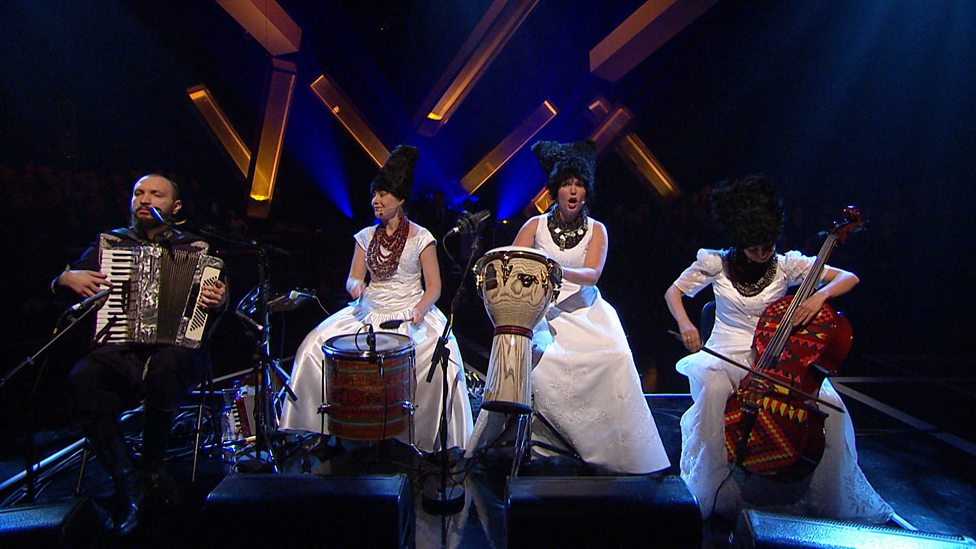 “Ukraine's magnificent and totally barking quartet DakhaBrakha, whose name derives from the Ukrainian for “give” and “take”, with a blend of folk melodies, accordion, cello and harmonies that has been memorably described as ethno-chaos,” written in the announcement to the TV show, BBC.

Together with the Ukrainian musicians, within the already 47th program series of “Later...with Jools Holland” TV show, were also performing The Weeknd, David Gilmour, The Libertines and Nathaniel Rateliff.